redfish is boycotting the International Academy of Digital Arts and Science (IADAS) in protest at the academy’s participation in media censorship and its racist and selective solidarity with victims of war. We are also returning the seven awards and two honours we have won with the IADAS over the past few years.

We have taken this decision following the IADAS’ move to retroactively disqualify redfish from its competitions after announcing that we had been shortlisted for a social media award, and won an Honour in the category of General Video-Diversity and Inclusion at the Webby Awards 2022.

The grounds for the later decision to disqualify us from the Webbys and all IADAS awards was a vague “statement of support” which we received by email which says: “The Webby Awards stands in solidarity with Ukraine, all of its citizens, and those in Russia who oppose the invasion of Ukraine by the Russian government… this year The Webby, Lovie, and Anthem Awards will not recognize and will not accept work from Russian-based and Russian owned organizations.“

The same email asked us: “It has been brought to our attention that Redfish Media is owned by Ruptly, a subsidiary of the RT television network.” (…) “Will you please confirm the owner(s) and structure of your organization?”

The IADAS made no effort to establish our editorial position towards the war, which we have publicly opposed, or towards our parent company, Ruptly, from whom our editorial independence is easily verifiable.

Here is our reply to IADAS:

To date, the IADAS has repeatedly refused to answer these questions on the record and in writing, instead twice offering a telephone call to discuss the issues raised. This rejection of transparency and the IADAS’ participation in a widespread crackdown on alternative media in the west flies in the face in every one of the academy’s values.

On the one hand the IADAS is guilty of gross hypocrisy in banning redfish while media who churn out war propaganda on behalf of western governments go unchallenged. On the other, its refusal to publicly offer solidarity to all victims of unprovoked military aggression, invasion and occupation is identical to the vile stance we have seen taken by western media and academic institutions which devote disproportionate attention to Ukrainians whom they have described as “civilised” European victims worthy of our attention, while victims from the Global South have been portrayed as the “uncivilised” victims, essentially undeserving of our solidarity.

As a platform whose core aim is to promote the narratives of oppressed people worldwide, redfish emphatically rejects this stance. Since redfish’s founding, our editorial focus has been unwavering in supporting all victims of war, imperialism and every kind of discrimination and exploitation; from Ukraine to Somalia, Palestine to Colombia, Afghanistan to the Philippines.

Until the IADAS ends its policy of media censorship and publicly apologises for its racist and selective solidarity which discriminates against those killed and displaced by wars waged by the Global North, we will maintain our boycott. 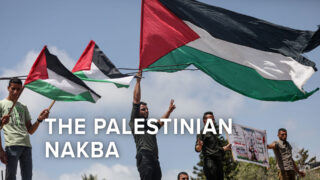 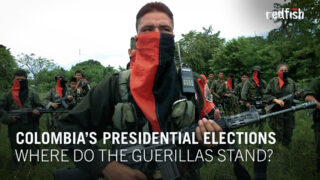