In November, redfish published its first report. The journey to build our company and a different way of telling stories began.

We’re still in the “soft launch” phase – finding our feet, building our team and network, developing our style of storytelling, all out there in the public for the world to see how we’re coming into shape, warts, beauty spots and all. But, with just five stories published, we’re already making waves.

Our full launch will take place between spring and summer this year. But given that we’ve been talked about so much already, with articles recently written by 3 major media companies in a short period about redfish’s connection to RT — each full of misinformation — we want you to hear the facts from us and not through the rumour mill.

Each of the reports, first by the Daily Beast, then The Times and the Daily Mail, have been heavy on sensationalism but light on substance. The point of them is to discredit us purely by association with the mainstream media’s favourite bogeyman: Russia.

Yes, redfish’s funding comes from Ruptly, a news agency owned by RT. But that’s about all. Neither the Beast, Times or Mail have been able to discredit our editorial independence.

In the interests of transparency for all concerned, let’s also be clear about the backgrounds of these 3 organisations.

The Daily Beast is financed by billionaire media mogul Barry Diller’s InterActive Corp. Diller co-founded Fox Broadcasting Company with that other billionaire media mogul, Rupert Murdoch. Diller was one of the major financiers of Hillary Clinton’s 2016 presidential campaign. Between their respective empires, the old colleagues Diller and Murdoch have phenomenal power to influence the outcome of elections, a fact which Murdoch’s British tabloid, the Sun boasted about once with their headline after a Conservative Party election victory “It was the Sun Wot Won It”.

The Times, also owned by Murdoch, has a history of fabricating stories about Russian infiltration. In the mid 90s it even ran a totally false report claiming former leader of the Labour Party, Michael Foot, was a KGB agent. Foot sued the Times and Murdoch and was awarded a “substantial amount” in damages.

The Daily Mail was founded by Harold Harmsworth, 1st Viscount Rothermere, well known for his support for Adolf Hitler, support which was also reflected in the Mail’s editorial line. Today it’s owned by his tax dodging great-grandson and the Mail’s tradition of extreme right wing views and demonising the most vulnerable continues. Its reputation is so infamous, Wikipedia banned it last year for being an “unreliable” source. The site’s volunteer editors accused the Mail of being known “to outright fabricate facts/quotes/ even whole interviews”.

Rothermere and Murdoch combined control over half of Britain’s online and print publications.  Their organisations, which are well known for representing their a political agendas, imply that there is something to worry about with redfish’s connection to RT. But, despite their immense resources, none of them offered a shred of evidence that we are not editorially independent. Nor were they able to challenge the substance of our reports.

They all questioned redfish’s transparency, with the Daily Mail implying that because our website or social media pages do not declare our source of funding, this can be taken as evidence that something suspicious is at play. Will they declare their backgrounds and extremely unsavoury ties and backgrounds explicitly on their sites?

In all seriousness, our intent has never been to obfuscate. As we are still in soft-launch we haven’t got everything up and running yet – our website is not even yet fully developed. Until we get to full launch, things will continue as they have until now. Everyone we have worked with, on each of the seven stories we have produced to date – camera crews, reporters, activists, fixers, translators etc – have all been informed how we are funded. Anyone who asks us gets a straight answer and this is easily verifiable.

There is just one person we refused to talk to.

While the Mail, Beast and Times attempted to make the case that redfish is hiding something, they themselves failed to inform their own audiences of the real reason why our team did not want to respond to the Daily Beast’s Charles Davis question about our relationship with RT.

We told them, but they chose not to tell you. So I’ll do it for them.

Davis has a track record of trolling journalists and activists who do not share his world view on social media and through outlets like the Daily Beast and others.

This has been written about extensively in Alternet. Given this background of manipulating the facts surrounding other reporters works, redfish responded to Davies’ enquiry as follows:

Davis did not go on to write about “the alternative media landscape in 2018” as he claimed he would in his email to us. But he did, as we anticipated, use his article to trash journalists, in this case me.

His lurid claims about my reporting from Libya and Syria are so inaccurate that  to detail all of the errors would be unkind to an audience that deserves more entertaining reading. Put simply, they display a total ignorance by Davis of both the stories I covered and the realities of reporting from the ground in war zones. I will give one example. Davis writes:

She also accompanied pro-regime forces into Eastern Aleppo after rebels were pushed out, her report stating that militants had been using bakeries, a frequent target of Russian and Syrian government airstrikes, to build weapons

Just because Davis chose to write this sentence, does not make it any more worthy of being read. There is, as they say, nothing to see here. Anyone who has worked on the ground in Syria knows that whenever you enter a military zone, you accompany whoever controls the territory, whether it be Al Qaeda (aka Hayat Tahrir Al Sham or their associates), as would have been the case with CNN when they recently reported from Idlib (more on that later), the predominantly Kurdish forces the YPG, as I have done on several occasions, or the Syrian army.

Anyone who clicks the link to my report will see what Davis fails to mention. My crew and I captured exclusive footage of an area in Aleppo’s Old City minutes after it had been retaken by the Syrian Army, where the mine-ridden streets had not yet been cleared when we stepped into them. It was an exceptional opportunity to see parts of rebel-held Aleppo before anyone had a chance to move things around and to get an insight into what life was really like. What I found was clear evidence of rebels using civilian buildings as makeshift weapons-making factories. It might not fit Davis’ narrative, reality can be inconvenient like that. So his reporting unwittingly turned out to be a great example of what redfish will never do.

Our staff, a combination of activists with a background in media and professional journalists, were motivated to start redfish by a shared frustration of storytelling  being limited by the news agenda, which is driven by a handful of corporations — often in cahoots with powerful governments — some of which I’ve referred to above.

The result is that context is so often stripped out of news reports. Here are some examples.

A Vice (15 per cent owned by, yes again, Murdoch and other such rich men) report on the bloodshed in Congo proclaims to give a brief history of the country, without mentioning perhaps the most famous Congolese person who ever lived: Patrice Lumumba. Why is Lumumba important? Because his vision as the first leader of Congo after it won independence from decades of brutal Belgian colonialism threatened to kick out the mining companies and put the Congo’s vast riches in the ownership of the people. Lumumba was assassinated in a CIA plot and his body dissolved in acid.

A CNN report from the ground in the Syrian city of Idlib, mentions Syrian and Russian airstrikes over the city without once mentioning that it is also an Al Qaeda stronghold, populated with thousands of rebels who have been sponsored and armed by the US and their regional allies.

Or a famous CNN story about the slave trade in Libya fails to mention that it all started when NATO began bombing the country on behalf of rebels who would overthrow the then government, rebels who were also well known to harbour genocidal views against the country’s sizeable black population.

The Daily Mail, Times and Daily Beast have falsely accused redfish of “obfuscation”, but we believe that the above are examples of a much more serious kind of obfuscation — reporting which tells the audience what has happened, but not the full story of how or why.

If we don’t understand the root causes of the problems facing the world we live in, how can we stop making the same mistakes or, better yet, find real solutions to those already made?

We have a long way to go but we have big ambitions. With each story we tell we will try to fulfill 2 main goals — to put the context back into the story and to offer ideas and inspiration to our audience on how to change the horrors and tragedies we expose them to.

What does Ruptly gain from this relationship with us you might ask?  Utterly unique and original content, reports that captivate and show the truth. Our team has the experience and the track record of getting to places no-one else can – or cares to. Because that is what many of us have done, for years, as part of Ruptly or RT’s award-winning journalist teams, we know we can deliver. 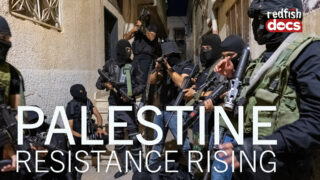 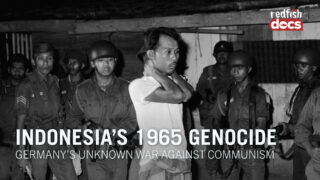 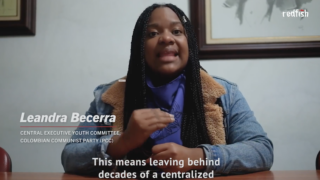