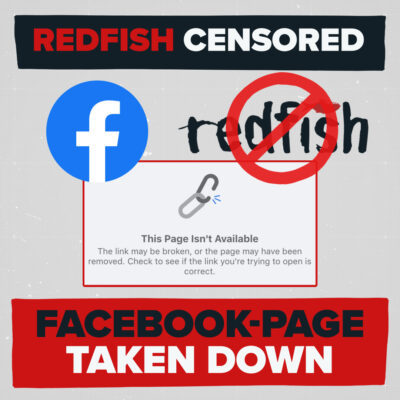 The Holocaust post was wrongly flagged for “nudity,” because the concentration camp prisoners were shirtless, while Facebook alleges the latter two posts post didn’t follow its Community Standards. We have tried repeatedly to reach someone at Facebook to seek clarification on why these posts were removed, without success.

redfish gmbh has won multiple awards for our documentaries and social media content which focuses on stories of oppressed peoples.

Our fact checking-procedures are rigorous and we have unfailingly provided vital and accurate information on stories marginalized by the mainstream. We are dismayed that our page has been deleted for these posts, while violent, graphic and racist content is rampant across the platform.

With over 674,692 page likes and 836,028 followers, redfish had an active community of Facebook users who rely on our page to stay informed and updated on uncovered and undercovered events around the world.

redfish is calling for the reinstatement of the Facebook page under the hashtag #FacebookBringBackRedfish so that our community can continue to benefit from our content.