In response to the security concerns of journalists and contributors involved in our documentary on Kashmir, we have taken the difficult decision to remove the trailer of this documentary and postpone its release.

Last year, a brave team of redfish journalists succeeded in producing and filming a 25 minute documentary shining a light on the struggle of Kashmiris. Kashmir is one of the most dangerous places in the world for journalists. For decades, the region has been a flashpoint underlying India and Pakistan’s tense relations. For months our team has been excited to share this work with the world and it was with great anticipation that we published the teaser last Friday, on Kashmir Solidarity Day. But the response was horrifying.

A huge number of tweeters swamped the platform, diverting attention away from the content of the teaser as they fixated on the “Russia state-affiliated” label on our account. We understood that Kashmir is a provocative topic, but were astounded to see the backlash targeted not at our work, but at a bemused Russian Embassy in New Delhi, prompting the latter to clarify in a statement that Twitter’s label has no bearing on reality, and they have nothing to do with our editorial decisions. 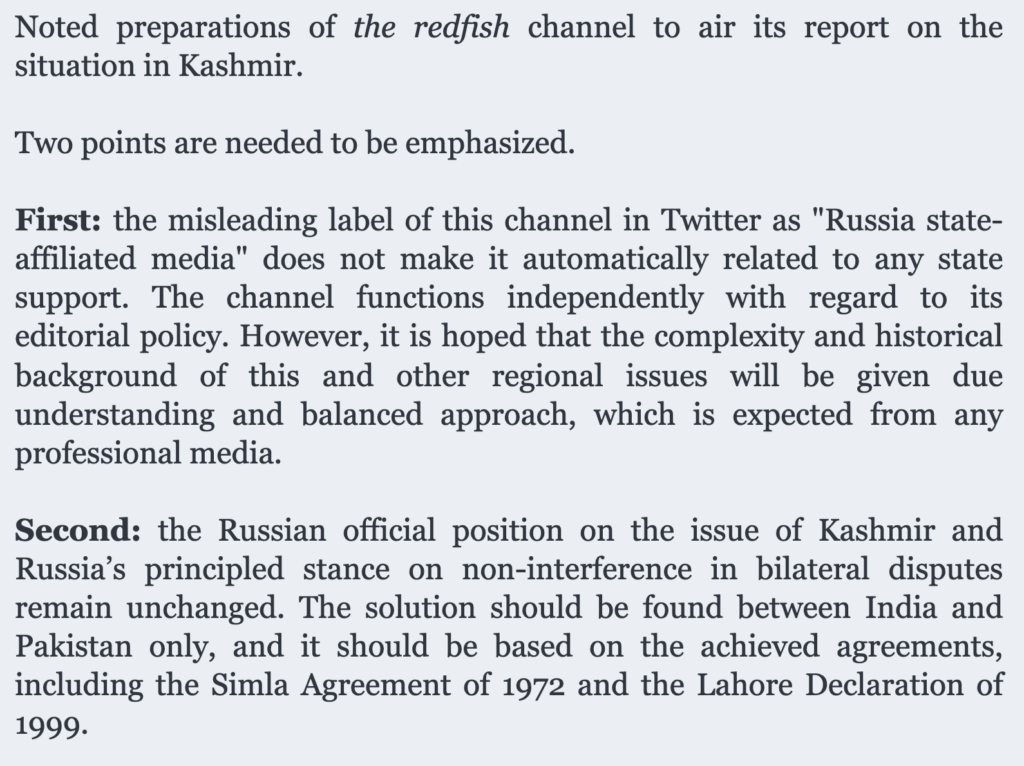 Within 24 hours, India’s major newspapers, TV stations and prominent journalists from India and the US were framing the teaser as a bilateral issue between Russia and India. They speculated that it was a clear sign of Russia and China unifying at the expense of India in the wake of Presidents Xi Jinping and Vladimir Putin’s meeting on the same day we published the trailer, or that it was timed ahead of Putin’s meeting with Pakistani Premier Imran Kahn – all evidence of Russia moving against India. All this had some pretty nasty side-effects including calls for the filmmakers to be punished on Youtube, death threats across social media, and some journalists being forced to leave their cities.

Why did this happen?

In 2020 Silicon Valley launched an overt campaign of censorship when it implemented a policy of labelling a relative handful of accounts “state-affiliated media”, (later tightened to “state-controlled” on Facebook). redfish, our small Berlin based media company was one of the first victims of this misinformation which is designed to turn audiences away from media which disrupt the mainstream’s grip on global public opinion.In the immediate term, the effect was that our Facebook, Youtube, Instagram and Twitter accounts were shadow-banned, which is an explicit consequence of the labelling. Later, we battled multiple outright bans, with both our Facebook and Instagram accounts that have amassed almost 1.5 million followers, being suspended on false grounds. 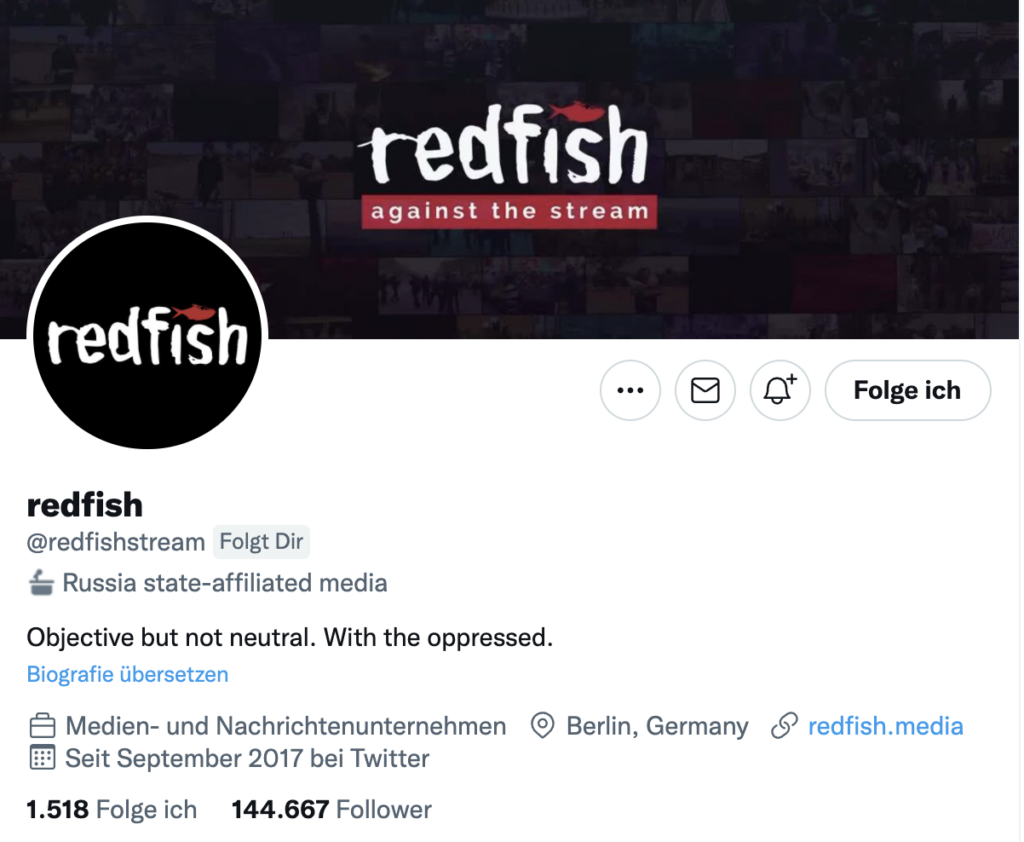 But in the past week we have witnessed how these defamatory labels can have dangerously stark consequences, and today we are forced to take the terrible decision to suspend our publication of a documentary we produced from Kashmir as a result.
The angle of our documentary, called “Kashmir: Palestine in the Making” has previously been reported on in the Washington Post and Al Jazeera, neither of which are labelled Jeff Bezos or Qatar affiliated media, despite the links to these immensely wealthy financiers. If Silicon Valley would ever dare to apply these labels fairly, next time Al Jazeera reports on Kashmir, it could be seized upon as a sign that Qatar and India’s strong ties are in danger. It may seem like an absurd conclusion to draw, but it’s a fair comparison, except that more is perceived to be at stake in the relations between Russia and India.

How will we respond?

The excitement of those involved in the documentary, both the crew and those we filmed from all sides of the political spectrum, soon turned to terror, and our documentary went from being a passionate effort to break journalistic ground, to an example of how Silicon Valley’s false labelling of media has so much power over public opinion that at it’s worst, results in the above mentioned intimidation and threats of violence and death. Thanks to the consequences of this label, we have been left with no choice but to postpone the publication of our documentary in the interests of the safety of both crew and participants.

The hypocrisy and opaqueness of how the mis-informative “state-affiliated” label is applied by Twitter, Facebook and Google has been highlighted elsewhere. But this is the first time the dangers it poses to press freedom has been so starkly laid bare.

For further inquiries: press [at] redfish.media 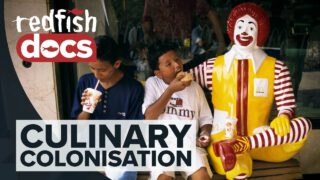